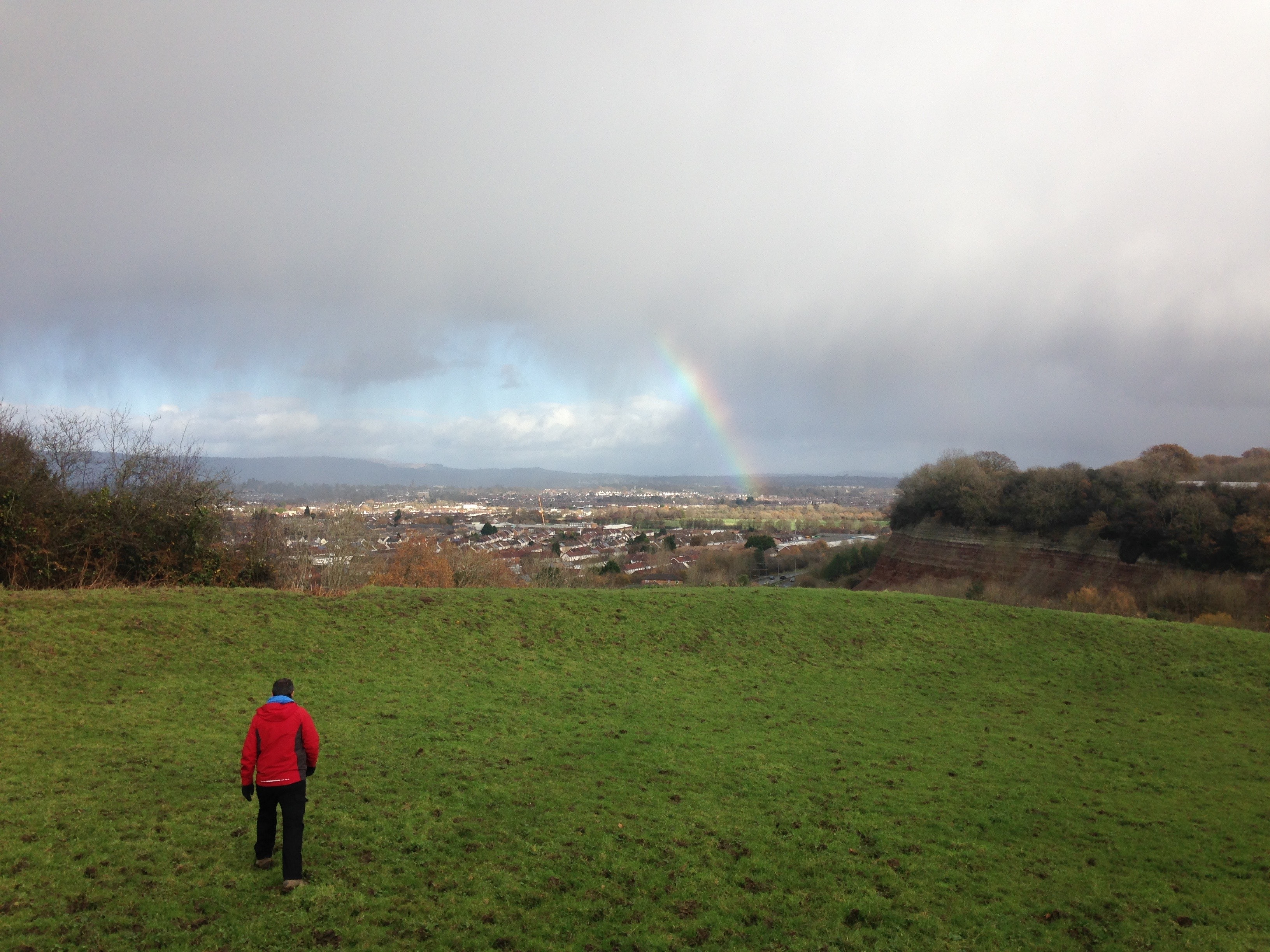 The thing about this Cardiff gem is the fact it’s so well hidden. Standing at the bottom of a hill on a chilly December day there was little to indicate the presence of one of the largest, best- preserved hill-forts in South Wales.

Yet, it’s there and well worth a visit. As one member of our group put it, ‘It’s addictive! Once you visit your first hill-fort you won’t look back!’.

We were guided around the fort by Dr Olly Davis a Cardiff University Archaeologist. At the bottom, before we began the climb upwards there is a sign indicating how the fort would have looked when it was fully inhabited.

Walking up a gravel path, it’s easy to think this dirt track is just access to the farm at the top. In fact it leads to the top of the fortifications. Rising above you is a steep bank which would have served as defences. Time has worn it down, but when the fort was active it would have been 10 metres tall and formidable.

With modern machinery it would be a mammoth task. For the people who lived inside this Iron-age fortress it must have been epic. Yet for Iron-age Celts facing Roman attacks, it these defences were a necessity.

At the top of the hill fort is St Mary’s Church. Now a ruin, the church was still active in the 1970’s before being deconsecrated. There are still people that live in Ely and Caerau who were married in the church or went there for after-school clubs.

It’s worth climbing to the top if only to see the spectacular views of Cardiff and the Valleys beyond. On a clear day it’s possible to see as far as Castle Coch. It’s amazing to think how, thousands of years ago this was all greenery, there was no city sprawled out below, no Womanby Street to head to for nights out! It takes your breath away.

Going down the fort is a little trickier than going up. Again, wear sensible shoes! But it means you get to see the lay-out of the hill’s defences. Three rolling banks that would have been more protection for the fort are visible on the northern and southern slopes.

To conclude – the hill fort is well worth a visit! The walk around takes about an hour and Dr Olly Davis can answer just about ANY question you throw at him. It can be hard at times to get enough fresh air. But, tucked away in plain sight the hill-fort is wonderful for a calming weekend walk.